3.Our water leakage detector has been working well for years, but is now indicating “false” leak detected alarms.Why?

4.Our system has been working well and detected a water leak.

After the leak was cleaned up,the water leakage detector stays in alarm.Why?

5.The leak locating system is indicating a leak near the end of the cable,

but there is no water present anywhere.What is going on?

What is Water Leak Detection System(WLDS)? 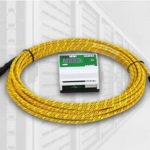 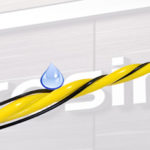